On behalf of the Australian Eight Ball Federation, it is my privilege to attend the 13th Junior National 8 Ball
Championships as Junior Development Officer. It is always extra special to have your home state host these
Championships. We have 49 competitors from across Australia competing not only for the individual events,
but also the inaugural Team Championship.

I would like to thank Sue Whitten from Pool Victoria who has the dedication to help bring these
Championships to fruition. A very special thank you to Daryl Kee and the Forest Hill Chase Shopping Centre
for being incredibly supportive from the very first phone call. Thank you also to our major sponsor Mr Trevor
Attwell of Consolidated Leisure and Sport for their continued support to 8 ball throughout Australia. I would
also like to thank Mr George Taylor from Alcock, Thompson and Taylor for supplying these fantastic tables,
and for all his support to junior cuesports throughout the years. Chris Jolly from Workforce Financial Services
for the Sportsperson award, and also his commitment as Australian Junior Team Manager for this years World
Championships. A special thank you to the Tasmanian 8 Ball Council for kindly donating the inaugural Teams
trophy, in particular Cyril Triffitt and Warren Ross.

I would like to thank the parents involved for all their support, both physically and emotional1y in creating the
opportunities that enable your children to participate in this unique event.

To all Competitors I hope everyone involved takes the opportunity to make new friends and re-establish old
friendships throughout the coming week, then travel horne with lots of wonderful memories. So take the time
to enjoy the moments this weeks experience will bring you.

On behalf of the Pool Victoria Committee, 1welcome everyone to the Forest Hill Chase Shopping Centre and
the Australian Eight Ball Federation's 2003 National Junior Championships. Thank you for your participation,
your interest and support. It's what makes all of the effort put into getting this ready, worth while.

A big thank-you to those who have helped me in getting this event ready for today's opening. Those people
'are Santo Zappia for gathering sponsorship and the support of shopkeepers to supply discount vouchers
throughout the event and to Heather Zappia for just being there and guiding me through. Without them it
would have been just me and even though J have done wonders in keeping Pool Victoria going over the past
nine months, I could not have done this one without them. Also thanks to Alcocks for the supply' and setting
up of the tables and Consolidate Leisure and Sport for their support.

Another big thank-you goes to Daryl Kee, marketing manager of this magnificent Forest Hill Chase Shopping
Centre, for being so easygoing and supportiye of us holding the event here.

In this Year of the Official, I thank the umpires for giving up their time to be here and assisting in the smooth
running of the event. Good calling to you all.

I am sorry if I have missed anyone out, but if you think you deserve one, a thanks to you also! Good luck to
you all!

Each year I look forward. to this event as new young talent rises to National recognition. The Australian
Junior Team will be selected and five under 18 players wi11travel to The Junior World Titles in Blackpool
England in May 2003. This has become an integral part for the development of our elite young. players,
becoming future Champions.

At these Championships we can expect to enjoy enthusiasm and great sportsmanship which is always
pleasing to see in junior sports. Who wiIJ emerge as our 2003 Australian champions, which five players will
earn the green blazer to represent Australia, and have a chance at becoming World Eight-ball Junior
Champion as an individual or in the team event. Young Australians qualifying from these Nationals in the
past have done Australia proud, resulting in:-

Congratulations to all competitors on your achievement to represent your State or Territory, and in particular
the under J 2's and anyone about to experience their first taste of National competition.

Special thanks to your parents, coaches and administrators from around Australia, who make great sacrifices
to assist you with your endeavours to achieve your goals playing this wonderful sport ofeight-ballvThis
event would not be possible without the contribution of time and devotion by some special people. I take
this opportunity to thank:-

To our AEBF Junior Development Officer Heather Zappia, the championships being in her home state
this year, she has made a special effort to ensure their success.

Our major National Sponsor Consolidated Leisure and Sports; suppliers of the Mitchell Pool cloth and
Aramith bans which will be used throughout these titles.

To all Junior competitors good luck, and along with supporters and officials, please enjoy the 2003
Australian Junior Eight ball Titles in Victoria. 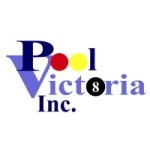