The AEBF held a committee meeting last night to discuss the selection of the Australian Team for the World Championships in 2021. After considering the options, it was decided that the fairest option was to proceed with the players:

As a reminder, here are the details of the 2021 World Championships:

At this stage we are planning to send teams to the 2021 World Championships, but we will be monitoring the status of COVID-19 pandemic around the world, and its impacts on international air travel. 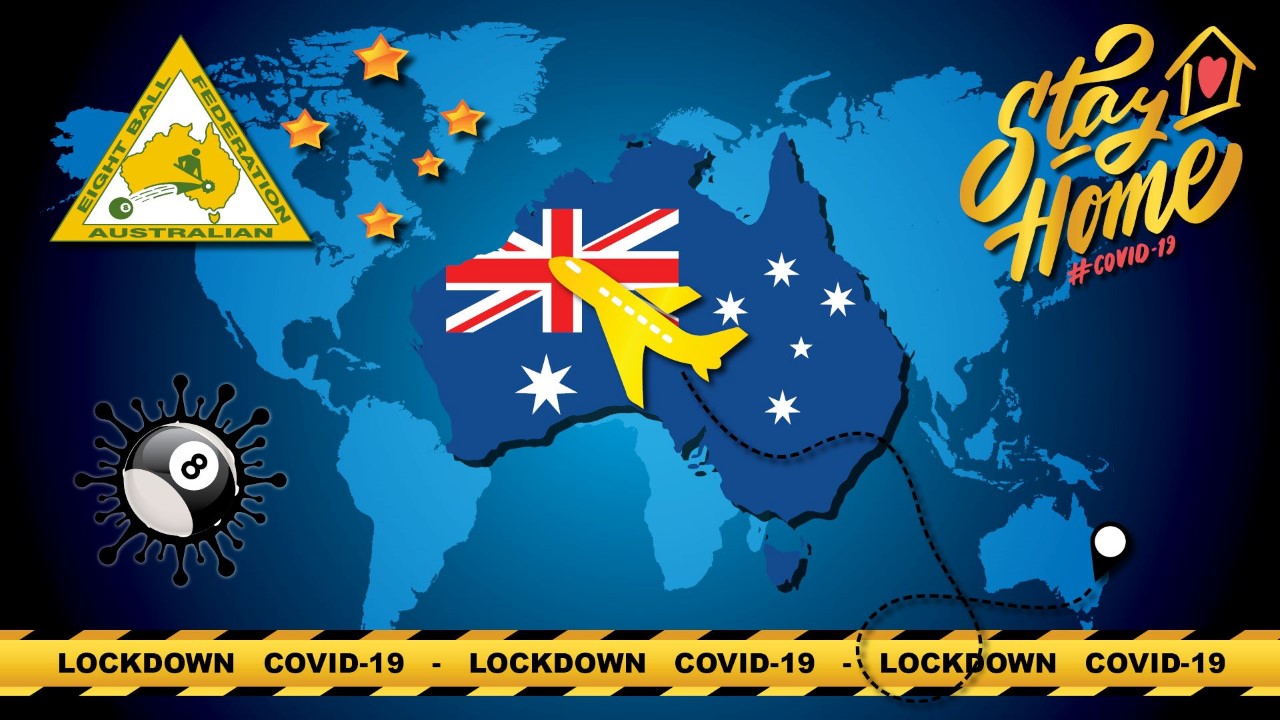 For the first time since 1993, Australia will not be sending teams to the 2020 World Eight Ball Championships.

The COVID-19 pandemic has affected travel plans in Australia on multiple levels, most relevant in this case with International travel. Although the countdown is on to lifting some of the measures put in place for social distancing and possibly domestic travel, the uncertainty is too great regarding planning International travel for our 40 plus players, Team Managers and travelling companions.

With many first-time representatives across the 6 Australian teams, this decision is very disappointing to us all. But it is of the highest importance that the AEBF declare that the safety of our Members is our number one priority.

Please join us in congratulating once again and acknowledging the great achievements of the following players that made up the 2020 Australian traveling teams.

Statement released on behalf of the AEBF Executive & Development Committees.

Men’s singles will commence on Monday 29th, followed by the Masters.

The Schedule has now been announced for the LIVE STREAMING stages from the World Championships, Blackpool.

Full results and news can be found on the World 8Ball web site – https://wepf.org/index.php or from the links below

Visit the World Site to keep up with the latest results from the 2011 World 8Ball Championships – www.wepf.org

Thanks to Kolbe Poole and the Girls in the UK for our Facebook updates – https://facebook.com/AEBF8Ball

South Australian player Renata Delahunty was defeated in the final of the Ladies singles by Emma Cunnigham 8 – 2, played at Blackpool, England on Tuesday July 5th

While Renata would be disappointed with not going all the way and winning the title, she can be very proud of the way she played the whole tournament and as captain and leader of the Ladies team who were defeated narrowly in the Ladies semi final match to eventual winners England, Renata you have made us all very proud and proud to be an Australian on your efforts

Ben Nunan cam also be very proud of his efforts in making the semi final of the Men's singles, losing to eventual winner Adam Davis 10 – 8 in his semi final match – A great effort Benny and like Renata we are proud to call you one of our own and no doubt you can both go further in the coming years and bring home the World title
2011 World Championships – Singles
Nunan and Delahunty through to the semi finals

Ben Nunan has booked a place in this years semi final against Adam Davies to earn a chance to make the final and win the coverted Mens World Singles Title, Nunan disposed of Lee Anderson in his quarter final match 9 – 6, Nunan has made his way through to the semi final defeating Josh Corkett 8 – 7 in his last 64 match followed by Morray Dolan 8 -6 and Clayton Attard 8 – 3

Renata Delahuny the Australian Women's Team Captain has also booked  a spot in the semi finals of the Ladies World Singles and will play Sharon Dickson who defeated the current World Singles Champion in Sue Thompson in her quarter final match, while the task will not be easy for Delahunty with Dickson knocking out the multiple World Champion in Thompson, Delahunty is a great chance to become the second Aussie to make the final and bring home a World Tilte – Go Renata

Terry Bond from Victoria and the current Australian Masters Team Captain was narrowly defeated in the final of the 2011 World Over 50's World Title, played in Blackpool England on Friday July 1st the match went down to the second last frame with Terry narrowly being defeated 8 – 6 in the final, a great effort and from all at the AEBF and in Australia a job well done

Playing the England 'B' Team in the final the Aussies won 5 – 3, to view the results from all the Australian team matches, player stats and the final score sheet click here